How to Speed UP VPN Connection

The internet is a massive constantly updated network which transmits packets of data between billions of machines. In case data transmission fails through a particular route, this route will become not available and data will be temporarily transmitted through an alternate route. This will cause the alternate route to be congested and hence speed issues occur. Accordingly, speed issues are frequently temporary and can be fixed automatically once failing routes are repaired or new routes are added.

As mentioned above, speed issues are mostly temporary but in case you’re having a persistent issue, please try the following solutions:

Typically, choosing a VPN server which is located in a nearby region will speed up your connection as a result of less latency. However, a geographically nearby server may not always be the answer as it might be taking a congested route. Therefore, we recommend trying each server individually for a sufficient period of time till you find the best server for you at this time.

You'll find a number next to each server on b.VPN's list of servers; this number indicates ping response time. The lesser this number is, the fastest the server. You may also select "Fastest Server" which will automatically select the fastest server according to your current location. 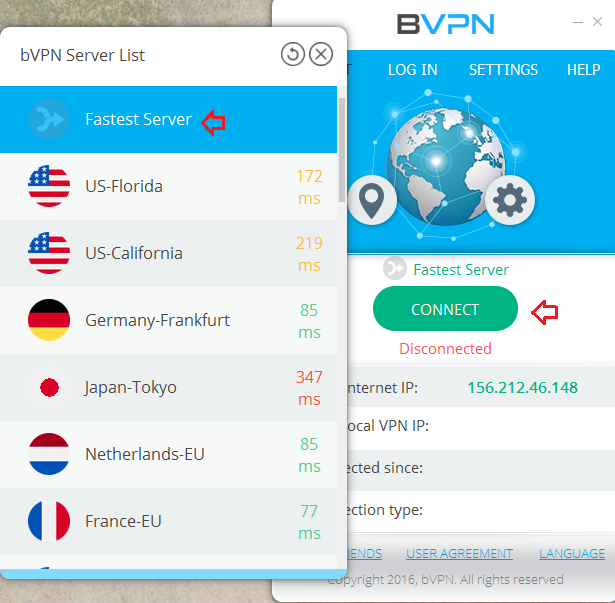 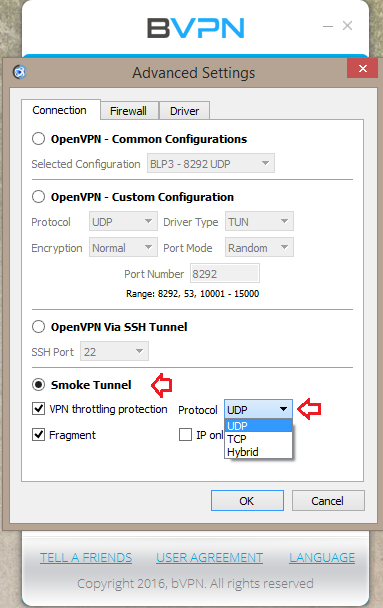 L2TP/IPsec is known to be a faster alternative to OpenVPN. Recently, OpenVPN has become throttled on some networks. Check b.VPN’s FAQ to find out how manually configure L2TP/IPsec connection on your operating system.

Whether it’s a firewall built in your operating system or a third party firewall, it scans outgoing packets which may slow VPN connection down. Disable firewall for a sufficient period of time and run speed test.

All these devices might get slowed down due to low battery or memory so make sure to restart your device every now and then and make sure your battery is fully charged.

As lame as it may sound, but in fact there is something called memory leaks that may cause throttle and restarting your router might actually help.

Other solutions will include:

Using a wired connection (if you have the option)